The Net-Net on Net Neutrality
with Free Press’ Gaurav Laroia

Gaurav Laroia, Policy Counsel with Free Press, joins us to discuss the latest developments and status in the ongoing political war over Net Neutrality. 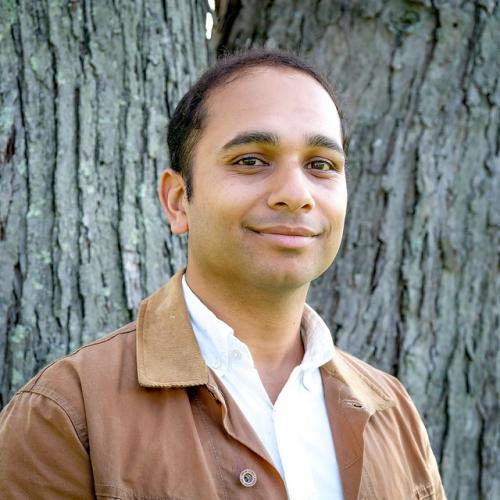 Gaurav is Free Press’ policy counsel and works alongside the policy team on topics ranging from internet freedom issues like Net Neutrality and media ownership to consumer privacy and government surveillance. Gaurav’s human rights and civil liberties work has taken him from Capitol Hill to Uganda, India and Liberia. Before joining Free Press, he worked at the Government Accountability Project protecting the rights of national security whistleblowers like Edward Snowden, and prior to that as a legislative counsel at the American Civil Liberties Union. He earned both his B.A. in international affairs and his J.D. from the George Washington University. Outside of work he can be found getting some fresh air riding his bike to and from one of D.C.’s many roof decks.

Free Press was created to give people a voice in the crucial decisions that shape our media.  We believe that positive social change, racial justice and meaningful engagement in public life require equitable access to technology, diverse and independent ownership of media platforms, and journalism that holds leaders accountable and tells people what’s actually happening in their communities.  We seek to change the media to transform democracy to realize a just society.

Since Free Press was founded  in 2003, the media landscape has changed dramatically. Media and technology are now intertwined in our daily lives, vital to the health of our communities, and essential to a functioning democracy. We believe the fight for racial justice must be at the center of transforming our media and our democracy.

Media and technology can be used to oppress people — or to liberate them. We focus on these powerful platforms and tools because they have an outsized influence not just on our political system but on the kind of society we will have and the lives we will lead.

Free Press closely watches as the decisions shaping the media landscape are made and sounds the alarm when people’s rights to connect and communicate are in danger. We focus on saving Net Neutrality, achieving affordable internet access for all, uplifting the voices of people of color in the media, challenging old and new media gatekeepers to serve the public interest, ending unwarranted surveillance, defending press freedom and reimagining local journalism.

Through activism and advocacy on all these issues and more, we work to challenge powerful corporations, influence policymakers, raise public awareness and mobilize millions. We invite people to envision what a transformed media could look like and how technology could improve their lives — and then we fight alongside them to make it happen.

Free Press (501c3) and Free Press Action Fund (501c4) are two separate, autonomous and interrelated organizations. Both organizations are completely independent: We don’t take money from business, government or political parties and rely on the generosity of charitable foundations and individual donors to fuel our work.

Zuckerberg ducks out of joint inquiry panel of 9 nations with 447 million in population, sends VP instead who is told, "the problem is Facebook". https://t.co/Me5iJzAT94 #facebook

WannaCry Ransomware Still a Threat More Than a Year After Massive Outbreak https://t.co/5uXQUPidOS