In the past few years, we have had a number of shoes dealing with the online abuse, especially for women and journalists, including:

In March this year, Amnesty International released a landmark report on its 16-month investigation of abuse of women in Twitter entitled “ToxicTwitter: Violence and Abuse against Women Online”, which charges that Twitter’s failure to safeguard women on its platform is a human rights violation.

[F]or many women, Twitter is a platform where violence and abuse against them flourishes, often with little accountability. As a company, Twitter is failing in its responsibility to respect women’s rights online by inadequately investigating and responding to reports of violence and abuse in a transparent manner.

The Report found that:

A report by the National Democratic Institute explained the consequences of self-censorship.   ,

By silencing and excluding the voices of women and other marginalized groups, online harassment fundamentally challenges both women’s political engagement and the integrity of the information space….In these circumstances, women judge that the costs and danger of participation outweigh the benefits, and withdraw from or choose not to enter the political arena at all. 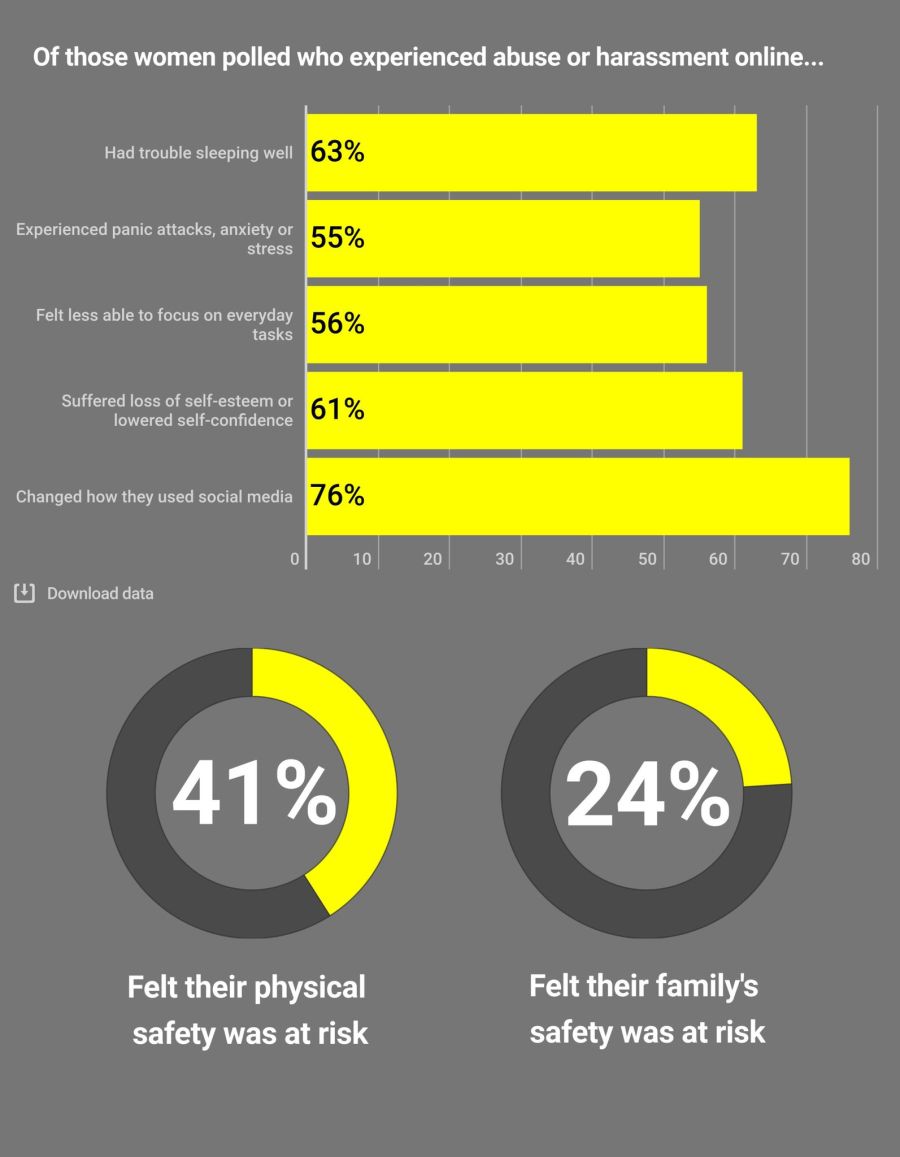 Social media companies have a responsibility to respect human rights, including the right to freedom of expression. They need to ensure that women using their platforms are able to do so freely and without fear.  — Azmina Dhrodia, Amnesty International

Amnesty International is a global movement of more than 7 million people who take injustice personally. They are campaigning for a world where human rights are enjoyed by all.

It was a great honor to meet human rights activist Ensaf Haidar, who was accepting the Daniel Pearl Award on behalf of her imprisoned husband #RaifBadawi . #LAPressClub #SoCalAwardsGala #FreeRaif pic.twitter.com/UU5AK5rukA

See also Raif Badawi and the Myth of Saudi Liberalization

Supreme Court rules 5-4 that you need a warrant to obtain cell phone location information in a ruling that sought to anticipate where the technology may be going in the future. https://t.co/1UvRxf79LD #carpenter #privacy #4thamendment