In The Gifted Generation: When Government Was Good in Washington, historian David Goldfield offers a sweeping and path-breaking history of the post-World War II decades, during which he asserts that an activist federal government guided the country toward the first real flowering of the American Dream.

Goldfield focuses on the Presidencies of:

Goldfield is critical of subsequent administration’s abandonment of the investments made by these Presidents.  Interestingly, the video that comes up on YouTube following Prof. Goldfield’s discussion is the following excerpt from HBO’s Newsroom:

The Gifted Generation: When Government Was Good in Washington

In The Gifted Generation, historian David Goldfield examines the generation immediately after World War II and argues that the federal government was instrumental in the great economic, social, and environmental progress of the era. Following the sacrifices of the Greatest Generation, the returning vets and their children took the unprecedented economic growth and federal activism to new heights. This generation was led by presidents who believed in the commonwealth ideal: the belief that federal legislation, by encouraging individual opportunity, would result in the betterment of the entire nation. In the years after the war, these presidents created an outpouring of federal legislation that changed how and where people lived, their access to higher education, and their stewardship of the environment. They also spearheaded historic efforts to level the playing field for minorities, women and immigrants. But this dynamic did not last, and Goldfield shows how the shrinking of the federal government shut subsequent generations off from those gifts.

David Goldfield brings this unprecedented surge in American legislative and cultural history to life as he explores the presidencies of Harry S. Truman, Dwight D. Eisenhower, and Lyndon Baines Johnson. He brilliantly shows how the nation’s leaders persevered to create the conditions for the most gifted generation in U.S. history.

“An American history that serves as a heartfelt plea for a revival of socially responsible leadership.” –  Kirkus Reviews

“Goldfield argues compellingly that wise and dedicated politicians can use the power of the federal government to change and dramatically improve our society . . . This work reminds us that government action can be widely beneficial.” –  Booklist

“Activist government has been so demonized that we forget how much the federal government did to create the broad and prosperous middle class that led our nation to (yes) greatness after World War II. David Goldfield cures our amnesia with a sparkling, sweeping and deeply engaging account of an era ‘when government was good’ because so many Americans recognized the good that it did. May The Gifted Generation change this generation’s view of the progress that is possible.” –  E.J. Dionne Jr, author of OUR DIVIDED POLITICAL HEART and ONE NATION AFTER TRUMP (forthcoming, Sept. 2017),

“A clearly argued, richly detailed, and provocative book. Goldfield suggests that the accomplishments of the so-called ‘Greatest Generation’ were due to the social supports they won in the aftermath of the Depression and WWII and then gifted to the next generation.” –  Stephanie Coontz, author of THE WAY WE NEVER WERE: AMERICAN FAMILIES AND THE NOSTALGIA TRAP,

“President Ronald Reagan famously insisted that ‘government is not the solution to our problem; government is the problem.’ David Goldfield’s gracefully written The Gifted Generation is a bracing reminder that the first three presidents after Franklin Roosevelt demonstrated in concrete ways that an activist government did have a critical and positive role to play in improving the lives of Americans, black and white, poor and middle class. Harry Truman, Dwight Eisenhower and Lyndon had their partisan differences, but they shared a belief in the ‘Commonwealth’ ideal: a government that strengthened individualism by promoting equal opportunities for all its citizens.” –  Dan T. Carter, author of THE POLITICS OF RAGE and Bancroft Prize winner,

“David Goldfield blends solid scholarship with eloquent writing to argue that dynamic federal leadership was last practiced by activist presidents, 1945-68. He deserves particular credit for recognizing Dwight Eisenhower’s contribution, so shamefully neglected by historians. Goldfield skillfully reminds us that the continuing issue is not big or small government but ‘good government.’” –  David A. Nichols, author of IKE AND MCCARTHY.

From his website:  Born in Memphis, I grew up in Brooklyn, a combination that has left me with a cracker edginess. Attempting to soften both influences, I attended the University of Maryland. It didn’t work, but I learned a lot, and much of what I have accomplished since leaving College Park I owe to my fellow students and faculty I encountered there.

Thanks to the nurturing I received at Maryland, I’ve been fortunate to publish sixteen books on various aspects of Southern and American (they’re different) history. Some of them, such as Cotton Fields and Skyscrapers, Black, White, and Southern, and Still Fighting the Civil War, managed to win awards. I’ve been sharing what I’ve learned with my students at the University of North Carolina, Charlotte where I’m the Robert Lee Bailey Professor of History.

I confess I do not have many hobbies outside of history. My work is my joy. But in the interstices of teaching, writing, and researching, I enjoy the music of Buddy Holly and Gustav Mahler (though not at the same time), reading Southern novels, jogging (I used to call it running), and watching baseball.

Presenting “The Gifted Generation: When Government Was Good”
Q&A and Booksigning 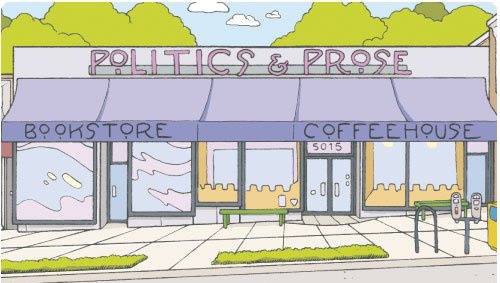