Four years ago we featured Raven Brooks on the eve of the 2012 Netroots Nation conference in Providence.  Netroots Nation is convening next week, the Republican Convention will be in Cleveland the following week and the Democratic Convention in Philadelphia the week after that.

Joining us to make sense of this unpredictable election year is Villanova University Professor Matthew R. Kerbel, who is the author of the newly released Next Generation Netroots: Realignment and the Rise of the Internet Left. 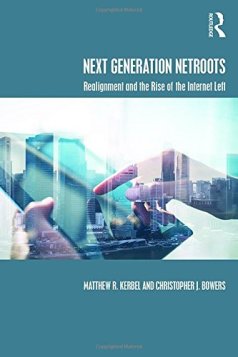 From the early demise of Trent Lott at the hands of bloggers to the agonized scream of Howard Dean; from Daily Kos and the blogosphere to the rise of Twitter and Facebook, politics and new media have co-existed and evolved in rapid succession. Here, an academic and practitioner team up to consider how new and old media technologies mix with combustible politics to determine, in real time, the shape of the emerging political order. Our political moment shares with other realigning periods the sense that political parties are failing to address the public interest. In an era defined by the collapse of the political center, extreme income inequality, rapidly changing demography, and new methods of communicating and organizing, a second-generation online progressive movement fueled by email and social media is coming into its own.

In this highly readable text, the authors – one a scholar of Internet politics, the other a leading voice of the first generation netroots – draw on unique data and on-the-ground experience to answer key questions at the core of our tumultuous politics: How has Internet activism changed in form and function? How have the left and right changed with it? How does this affect American political power?

Like the printing press, radio, and television in the past, today’s communication technologies are vastly reshaping the political landscape. Bowers has been in the middle of this revolution, while Kerbel has had a front-row seat. Together, they place current changes in historical context and persuasively suggest what this era of the Internet means for liberals, conservatives, and the future of American politics. 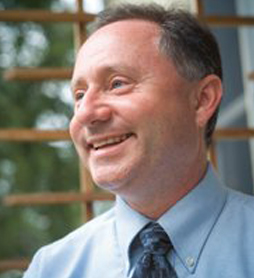 Matthew R. Kerbel is Professor and Chair of the Political Science Department at Villanova University and the voice behind Wolves and Sheep.

He is also the author of:

Christopher J. Bowers is Senior Campaign Director for Daily Kos and an experienced consultant for a wide range of campaigns and organizations

Amanda Todd’s Tormentor to be Extradited

One thought on “CLBR #227: Matthew Kerbel on Netroots Activism”