Wed at 10AM PT/ 1PM ET on WebmasterRadio.fm

Today we air our the last, and one of the most interesting, interviews from our Miami Book Fair Authors Series – Gerald Posner, author of “God’s Bankers: A History of Money and Power at the Vatican Bank.”  Afterwards, we are joined by legendary writer, director and producer David Paulsen to add his own insights on the Vatican.

God’s Bankers:
A History of Money and Power at the Vatican by Gerald Posner

From a master chronicler of legal and financial misconduct, a magnificent investigation nine years in the making, this book traces the political intrigue and inner workings of the Catholic Church. Decidedly not about faith, belief in God, or religious doctrine, this book is about the church’s accumulation of wealth and its byzantine entanglements with financial markets across the world. Told through 200 years of prelates, bishops, cardinals, and the Popes who oversee it all, Gerald Posner uncovers an eyebrow-raising account of money and power in perhaps the most influential organization in the history of the world.

God’s Bankers has it all: a rare exposé and an astounding saga marked by poisoned business titans, murdered prosecutors, mysterious deaths of private investigators, and questionable suicides; a carnival of characters from Popes and cardinals, financiers and mobsters, kings and prime ministers; and a set of moral and political circumstances that clarify not only the church’s aims and ambitions, but reflect the larger dilemmas of the world’s more recent history. And Posner even looks to the future to surmise if Pope Francis can succeed where all his predecessors failed: to overcome the resistance to change in the Vatican’s Machiavellian inner court and to rein in the excesses of its seemingly uncontrollable financial quagmire. Part thriller, part financial tell-all, this book shows with extraordinary precision how the Vatican has evolved from a foundation of faith to a corporation of extreme wealth and power.

An exhaustive history of the financial machinations at the center of the church in Rome….Posner weaves an extraordinarily intricate tale of intrigue, corruption and organized criminality….Posner’s gifts as a reporter and storyteller are most vividly displayed in a series of lurid chapters on the American archbishop Paul Marcinkus, the arch-Machiavellian who ran the Vatican Bank from 1971-1989.”
– New York Times Book Review

Afterwards, we will speak with legendary writer/director/producer David Paulsen who traveled to the Vatican in 1970 as a journalist, accompanying Bishop James Edward Walsh to meet with Pope Paul VI following his release after 12 years in prison in China and has met some of the actors involved in the Vatican Bank Story.

Paulsen spent his professional career in the entertainment industry, first as an actor on Broadway, in London and with Chicago’s Second City Company, then as a TV showrunner, 15 years producing, writing and directing.  He is the only person to have directed, produced and written for each of the three big prime time soaps of the 80s – Dallas, Knots Landing and Dynasty. 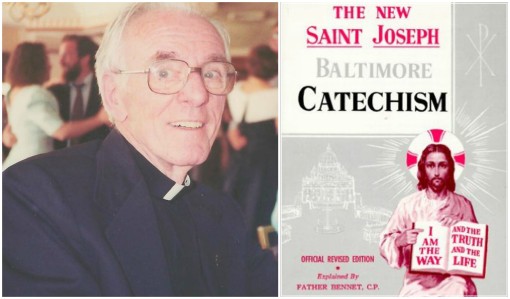 As I indicate in the interview, my namesake and uncle Rev. Bennet Kelley wrote books for the Catholic Church.