With voting set to begin in Iowa in less than two months and the race becoming more heated with each statement from Donald Trump, what better time to take a look at the Republican field and the office they seek.

In Segment 1 we speak with White House correspondent Kenneth Walsh, author of Celebrity in Chief: A history of the Presidents and the Culture of Stardom, courtesy of the Miami Book Fair.

Celebrity in Chief: A history of the Presidents and the Culture of Stardom

This book, by award-winning White House correspondent and presidential historian Kenneth T. Walsh, discusses how the Obamas reached this point. More important, it takes a detailed and comprehensive look at the history of America’s presidents as “celebrities in chief” since the beginning of the Republic. Walsh makes the point that modern presidents need to be celebrities and build on their fame in order to propel their agendas and rally public support for themselves as national leaders so that they can get things done.

Combining incisive historical analysis with a journalist’s eye for detail, this book looks back to such presidents as George Washington and Abraham Lincoln as the forerunners of contemporary celebrity presidents. It examines modern presidents including Barack Obama, Bill Clinton, Ronald Reagan, John F. Kennedy, Franklin Roosevelt, and Theodore Roosevelt, each of whom qualified as a celebrity in his own time and place. The book also looks at presidents who fell short in their star appeal, such as George W. Bush, George H. W. Bush, Richard Nixon, and Lyndon Johnson, and explains why their star power was lacking.

Among the special features of the book are detailed profiles of the presidents and how they measured up or failed as celebrities; an historical analysis of America’s popular culture and how presidents have played a part in it, from sports and television to movies and the news media; the role of first ladies; and a portfolio of fascinating photos illustrating the intersection of the presidency with popular culture.

Ken Walsh brings his keen eye to one of the defining aspects of the modern presidency.  In this entertaining and informative book, Walsh provides a fascinating look at the ways in which celebrity culture has shaped presidential politics in recent decades.  The book is sure to contribute to debates about the future of the White House and the health of American democracy.”  —Julian E. Zelizer, author of The Fierce Urgency of Now: Lyndon Johnson, Congress, and the Battle for the Great Society. 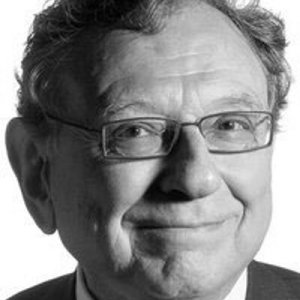 Ralph Hallow (@RHallow_Times)returns to CLBR fresh from February’s Conservative Political Action Committee convention and will give us his insights on the 2016 race.

Ralph is also the author of the humorous Presidential Follies: Famous Americans Who Would Be President, and Some Who Should Think Again (Barnes and Noble Link).