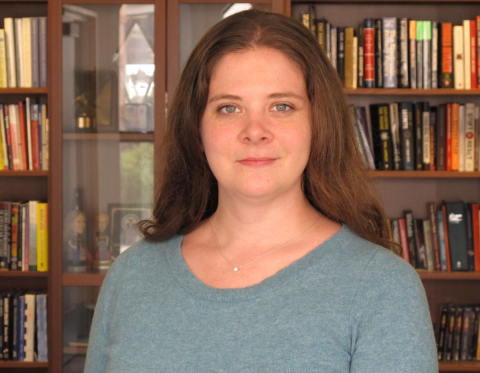 Earlier this month, the Electronic Frontier Foundation won a ruling from the US Patent and Trademark Office that the so-called Podcast Patent was invalid and obvious.

Vera is a Staff Attorney on the Electronic Frontier Foundation’s intellectual property team, focusing on patent reform. Prior to joining EFF, Vera practiced at Greenberg Traurig, LLP, where she worked primarily in patent litigation, representing clients against trolls.  Vera has a B.Sc. in Mathematics from Mount Allison University in Sackville, New Brunswick, Canada, where she realized too late that she should have gotten a degree in computer science, and a J.D. from Harvard Law School.  In her spare time, Vera loves exploring the wonderful food scene of San Francisco.

How you can help Nepal earthquake victims from your computer

Nevada’s SLAPP law is under siege and Marc Randazza is leading the fight to preserve it.

Vic is a 72-year old Bostonian who is pursuing his lifelong dream of getting a degree in English Law online through the London School of Economics – all while working full-time as a concierge.

Youth is not a time of life—it is a state of mind. It is not a matter of red cheeks, red lips and supple knees. It is a temper of the will; a quality of the imagination; a vigor of the emotions; it is a freshness of the deep springs of life. Youth means a tempermental predominance of courage over timidity, of the appetite for adventure over a life of ease. This often exists in a man of fifty, more than in a boy of twenty. . . .

You are as young as your faith, as old as your doubt,

Today is the anniversary of the 1992 Los Angeles following the verdict in the criminal trial in the police beating of Rodney King.  It has been a wound that is slow to heal, but whether in Los Angeles, Baltimore or St. Louis we might want to recall some words from the past.

Tomorrow marks the 40th anniversary of the fall of Saigon.  Over 2.5 million Amerircans served in Vietnam and nearly 60,000 were killed. CLBR salutes all those who served