Author/Creator of Oddry and SheZow 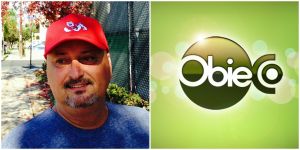 A diverse background in fine art, science and media gives Obie Scott Wade a unique creative perspective on life. The writer of the children’s novel, Oddry and the creator of cartoons such as SheZow and Julius & Friends, Wade began his career in children’s media at PBS station WQED Pittsburgh, the home of Mr. Rogers Neighborhood. His writing credits also include Zatch Bell, Kookoo Harajuku and Baby Looney Tunes. When Wade isn’t busy writing books, TV shows or movies, he is busy working with non-profit organizations that provide outreach and resources to homeless and abused youth. 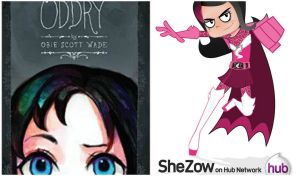 His current book is Oddry:  Raised by hawks, on the top ledge of a New York apartment building, Oddry is a creative inventor who leads a secret life of adventure. So secret, she can’t even talk to other humans. Her hawk parents forbid it. They believe that if humans discover Oddry, something bad might happen. But that’s OK; Oddry has animal friends and can talk to them, and she is absolutely happy and content with her splendid life. Until one day a boy named Will discovers her, and her whole world changes forever.

He also is the creator of the hit animated series SheZow on the Hub Network.  SheZow follows twelve-year-old Guy an extreme dude who inherits the power ring of his deceased aunt — the amazing FEMALE superhero SheZow! The ring gives him villain-battling super powers, but was meant to be worn by a girl and the result is absolutely she-larious!