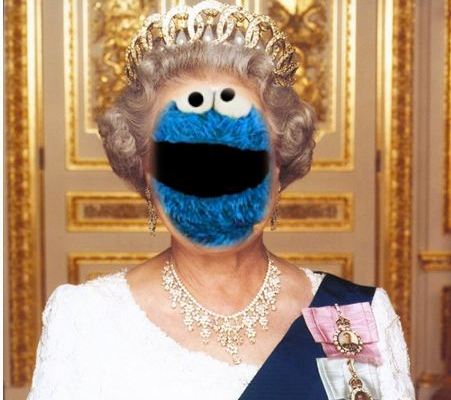 Smith is an American attorney, author, and a publisher/journalist whose focus is mainly privacy rights.

Robert began his career in journalism during high school and while attending Harvard. He was President of The Harvard Crimson. After college, he wrote for newspapers such as the Detroit Free Press, Newsday in New York, and the Southern Courier. He also worked for the ACLU.

Since 1974, he has published Privacy Journalnewsletter as well as several books, such as Ben Franklin’s Website: Privacy and Curiosity from Plymouth Rock to the Internet (2000/2004). From the book: “Just what is privacy? It is the desire of each of us for physical space where we can be free of interruption, intrusion, embarrassment, or accountability and the attempt to control the time and manner of disclosures of personal information about ourselves.”

He has written Workrights (1983, E.P. Dutton),The Law of Privacy Explained (1993, Privacy Journal), and Privacy: How to Protect What’s Left of It (1979, Doubleday) The 1979 book was nominated for a National Book Award.  For more than 35 years Smith has edited successive editions of Compilation of State and Federal Privacy Laws, which is now available in eBook mode as well as an edition available for loading onto hand-held devices. This allows individuals to consult their palm devices, in the workplace or the marketplace, to determine whether privacy protections cover certain transactions. He continues to write and publish Privacy Journal, and is often called to speak and testify concerning privacy rights. Smith has twice been asked to write the definition of privacy for the World Book Encyclopedia.

“Privacy Journal,” one of the longest running newsletters in North America, celebrated its thirty-seventh anniversary of continuous monthly publishing in November 2011. Smith is the author also of “Our Vanishing Privacy” (Loompanics Unlimited, 1993). He is co-author of “The Big Brother Book of Lists” (1984, Price/Stern/Sloan), published to commemorate the fateful year of 1984.

It was Smith who posed as President Kennedy, fooling the crowd in a notorious stunt at the Harvard-Yale football game in 1961. Harvard–Yale football rivalry.

Smith, formerly active as a land conservationist for environmental protection, has written four editions of a quiz book called Block Island Trivia, about the tiny island off the coast of Rhode Island. In the 1990s he was president of the Block Island Conservancy, a non-profit group that purchases land to maintain it as open space.[7] And he was vice chair of the Coastal Resources Management Council, which is responsible for preservation and orderly development of land within 200 yards of the entire coast line of Rhode Island.

Early in his career, in 1965 and 1966, he edited and managed a weekly newspaper founded by young civil rights works to cover the civil rights movement in Alabama and Mississippi, “The Southern Courier., see “Reflections.” He then was a consultant on press coverage of racial rioting to the National Advisory Commission on Civil Disorders.

Mr. Babel spent more than 10 years at VeriSign in a number of roles, and most recently served as senior vice president and general manager of the company’s worldwide Authentication Services (SSL and Identity Authentication) business, responsible for strategy, sales, marketing, product and support. Previously Babel was the vice president and general manager of VeriSign’s Managed Security Services (MSS) business on a worldwide basis.

Before taking on these general manager roles, Mr. Babel spent five years at VeriSign as chief of staff to the CEO and as vice president of corporate development.  In these roles Babel was responsible for driving synergies across the company, leading the strategic planning process, restructuring various businesses and managing the corporate development team, executing acquisitions such as Network Solutions, Signio and Thawte.

“TRUSTe is poised to achieve a new level of growth as businesses compete more aggressively for customer loyalty and share of spend, trust increasingly becomes a strategic issue for online brands,” said Babel.  “TRUSTe’s privacy and trust services represent the industry standard for helping businesses improve relationships with their customers and ensure confidence in online interactions.

Before joining VeriSign, Babel served as an associate in Morgan Stanley’s Technology Mergers and Acquisitions group as well as its Corporate Finance group.  During that time, Babel was involved in numerous equity and debt financings, acquisitions, divestitures and spin-off transactions for a variety of technology companies.

“Chris brings a wealth of talent and experience to the position and I know the company will be well served by his leadership,” said Fran Maier, president and chairman. “I look forward to working with Chris to expand TRUSTe and our range of privacy and trust services.”

Mr. Babel holds a Bachelor of Arts degree in Mathematical Methods in the Social Sciences and Economics with Highest Distinction from Northwestern University and was awarded the Frederick Deibler Award in Economics.

About TRUSTe
TRUSTe is the leading global privacy management solutions provider and offers a broad suite of solutions that enable multinational companies to safely and efficiently handle the customer data powering their online businesses – including advertising, cloud services, mobile applications, and websites. Over 5,000 web properties from top companies like Apple, Disney, eBay, Forbes, HP, Microsoft, and rely on TRUSTe to ensure compliance with evolving and complex international privacy requirements. TRUSTe’s mission, based on a “Truth in Privacy” framework, is built on a solid foundation of transparency, choice and accountability regarding the collection and use of personal information. TRUSTe’s privacy seal is recognized and trusted by millions of consumers worldwide as a sign of responsible privacy practices. For additional information on TRUSTe and its offerings, please visit  http://www.truste.com .